Mixed Berry Cobbler
In 1989, I delivered a 54 Bertram from Hong Kong to Guam and stayed for a year and a half to start the owner’s charter fishing operation. While there, I attended an outdoor Maxi Priest concert. Being 6’1 and heads and shoulders taller than most of the Chamarro people there, I spotted a tall blond fellow to whom I gravitated to. Steven Brownsea was an Australian captain who ran a Japanese sailing/racing syndicate and was on Guam as a stop-over en route to the U.S. west coast.  We became instant friends.
For the next 25 years, Steven and I have crossed wakes on occasion until he hung up his foul weather boots and took a full-time position on a 127 Crescent based in San Diego. So, it was with great pleasure that my old seadog of a friend would show up in South Florida recently with yacht and chef/wife in tow. This Easter, Steven and Heather invited me to a holiday brunch aboard the Crescent and I was assigned dessert. I chose a variation on the blackberry cobbler; that was a standard fare growing up in the Pacific Northwest. 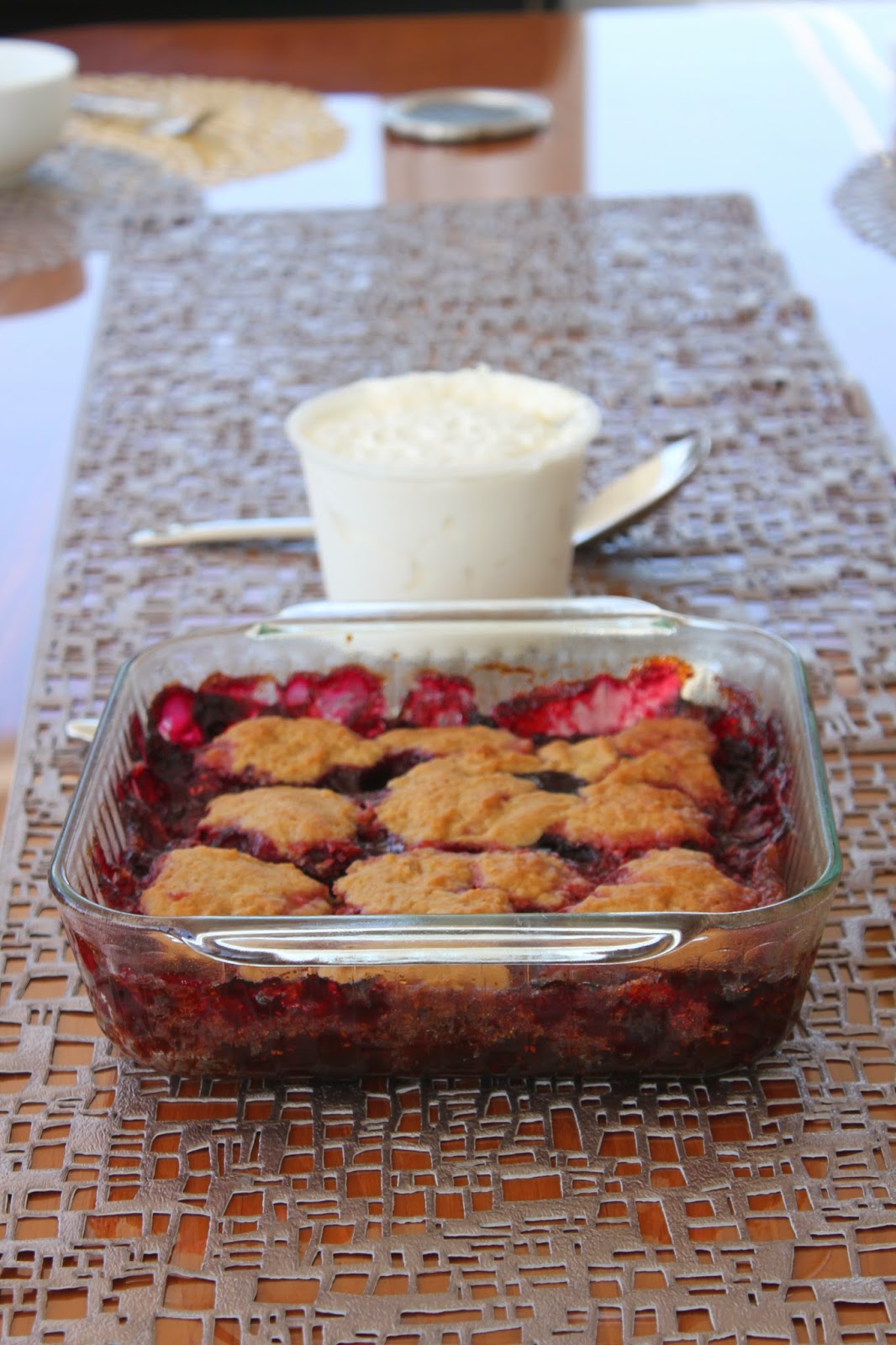 
Heat oven to 400°F. Grease a 2 qt. casserole dish with spray shortening. In a 4 qt. skillet over medium heat mix the sugar and corn starch. As mixture starts to melt, add berries and lemon juice and toss until evenly coated. Heat to boiling (about 4 minutes). Stir constantly until mixture thickens slightly. Transfer mixture to casserole dish.


In a large bowl, mix flour, brown sugar, baking powder, salt and nutmeg. Cut in butter using two crisscross knives until it looks like crumbles. Mix in enough warm water until it forms a soft dough. Drop the dough by the tablespoon full on top of the berry mixture.

Into the pre-heated over, bake the cobbler for 25-30 minutes or until the crust is golden brown. Serve warm with whipped cream or ice cream. Enjoy!! J
Posted by Capt. John Wampler at 5:59 PM No comments: